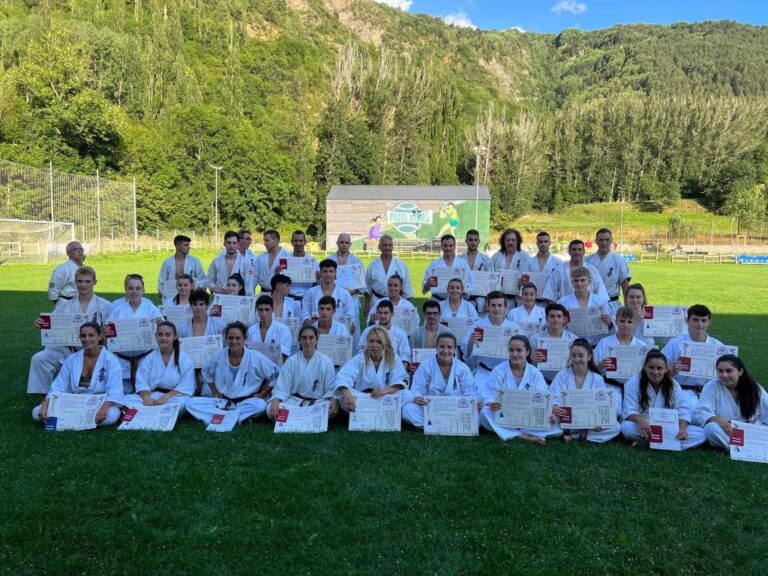 The Spanish summer camp in Benasque came to an end. Led by Shihan Antonio Pinero, more than 200 karateka’s from Spain, the Netherlands, Israel, and Costa Rica completed a challenging training program. Each training ended with half an hour sparring. Everyone did at least 150 fights these three days. This renewed balance between kihon, kata and kumite show once more that kumite is the connecting factor in Kyokushin.
On Saturday, 42 karateka’s have successfully done exams for a higher degree. Not to be left unmentioned is the great performance of Sensei Vadim Matveev from Israel. He did a great job in his 50 fights and passed for his 4th dan.
During the presentation of the degrees four Spanish shihans were promoted to 6th dan. Also, the KWF has decided to promote Shihan Fernando Perez and Shihan Jesus Talan to 7th dan because of their exceptional qualities and effort in Kyokushin.