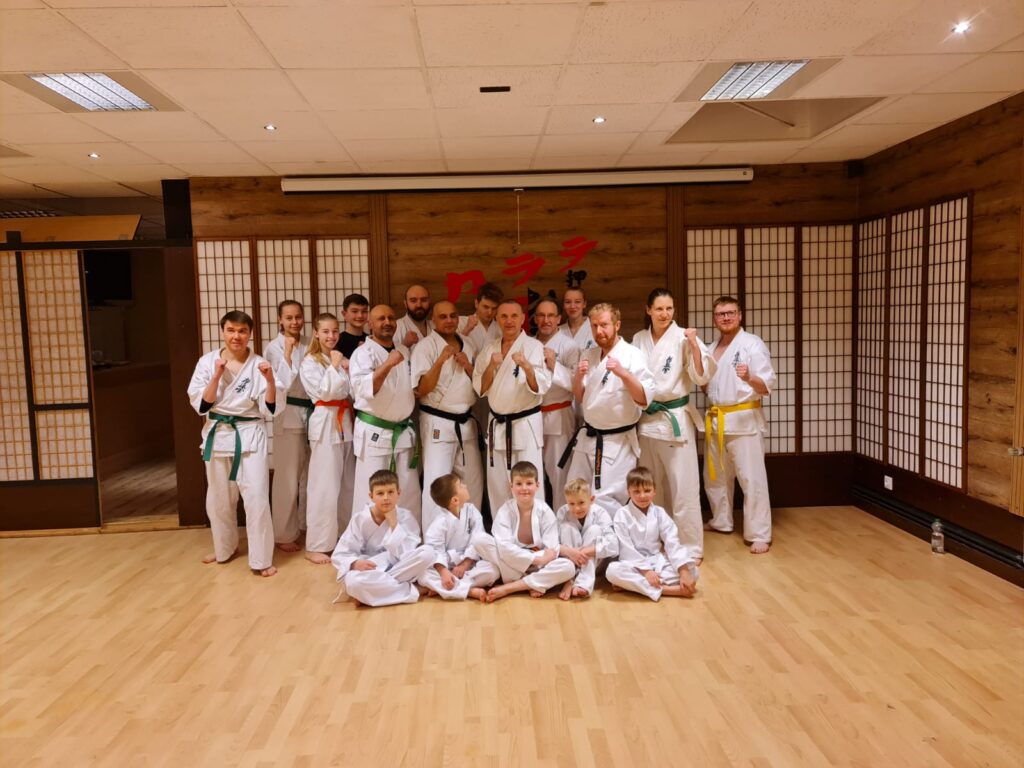 On June 25/26 the annual summercamp was held. Over 60 participants came to Hamburg from KWF Fulda, Wuppertal, Berlin.
The training was carried out in different age groups. During the summer camp the pupils improved their Kihon, Kata and Kumite. During our dinner the topic of the 10-year old KWF Germany was discussed. We remembered how the fighters of KWF Germany took 2nd and 3rd in their respective weight categories at the european championship in bulgaria in 2011. The CR Janusz Konieczko took 2nd place in the open category. He was the oldes participant of the competition. Later the contestants of KWF Germany stood on the podium. In 2021. Lilia Hasselwander took 4th place in Kata at the MS in Krakow. During our conversation we talked about the further development of KWF Germany. The camp ended with an exam for Kyu grades